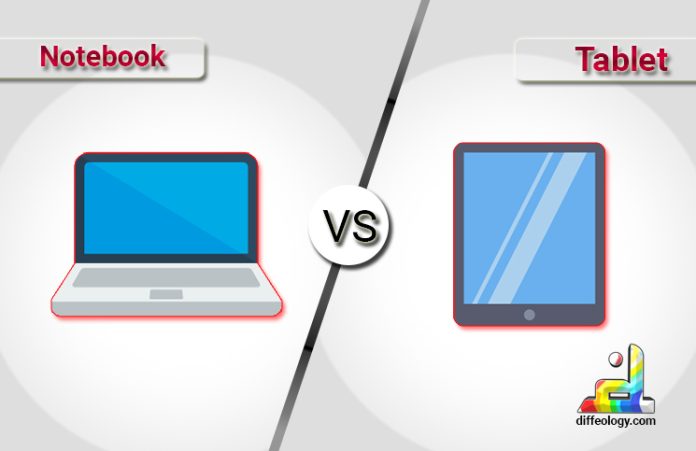 When we speak about the twenty-first century, we are talking about new innovations; the inventions developed in this century outnumber those made before. In today’s world, researchers have discovered alternatives for everything, and we see new functions for invented products being added on a daily basis. Several decades ago, the innovation of that time ‘the computer’ was believed to be a complete device, but progress and study proved it incorrect, and today there are many technologies that are utilized as an alternative to a major device of the twentieth century. There are two main types of computers we use today: notebooks and tablets. But What Is the Difference Between Notebook And Tablet?

The Difference Between Notebook And Tablet is simple to understand. Notebook computers, also known as laptop computers, are personal computers that can be carried around or carried by a person. Also, it is frequently intended to fit on your lap. The Tablet PC, or tablet computer, resembles a letter-sized slate. A tablet computer is a specific type of notebook computer that enables users to interact with the screen by touching it with a finger or using a digital pen.

What exactly is a Notebook Computer?

It is a very light personal computer, often weighing less than 6 pounds and fitting into a briefcase. Notebooks are a form of portable notebook that has a keyboard and a screen. Notebook computers are typically powered by a single primary battery; nevertheless, the batteries must be recharged every few hours.

You should do so because it is a portable machine. So, it features a screen comparable to that of a standard computer. It has several features, like being compact, low weight, tiny, and portable. Depending on the size of the notebook, the keyboard may be smaller than the keyboard used with your desktop computer. The distinction between laptops and notebooks has gradually faded over time.

The keyboard is usually on top of the system unit, and the display is attached to the system unit via hinges. Their weight can range from 2.5 pounds to over 10 pounds. But it depends on how they’re configured. That makes them easy to move around. The majority of notebook computers can run on batteries, a power source, or both.

What exactly is a Tablet Computer?

A tablet computer, sometimes known simply as a tablet, is a mobile computer that combines display, circuitry, and batteries into a single device. Tablet computers are portable computers that feature a touchscreen interface. Tablets have sensors such as cameras, microphones, accelerometers, and touch screens. They may include physical buttons. You can use them to regulate fundamental functions such as speaker volume and power, for example. They also feature ports for network connectivity and battery charging. A stylus is included with a tablet, which may be used as a pointing device or as a pen for writing input. They originally gained popularity in 2010 with the release of the first Apple iPad. At 7 inches (18 cm) diagonally, tablets are generally bigger than smartphones or personal digital assistants.

A Tablet PC is a computing device that looks similar to a letter-sized slate. Furthermore, it is a type of notebook computer with a touch screen that you can interact with by using a digital pen or a finger. A convertible tablet is a kind of Tablet PC that includes an attached keyboard. Another form, which does not feature a keyboard, is termed a slate tablet and includes alternative ways of typing. Tablet PCs are particularly handy for taking notes in places where a regular notebook computer is impractical.

Difference Between Notebook And Tablet In Detail

Tablets and notebook computers are two mobile computing devices that meet the majority of people’s computing demands. A notebook is just another term for a laptop, which is essentially a computer that the makers pack into a very tiny box. Tablet computers are smaller, sleeker and more portable versions of desktop computers. In comparison to typical notebook computers, it lacks a physical keyboard like the one found on a QWERTY keyboard. In addition to taking up a lot of space, it also takes up a lot of power. Instead, the touch-sensitive screen serves as the primary input mechanism for tablets.

You can use the stylus on a tablet as a pointing device or as a pen to input text. Tablet operating systems have very powerful handwriting recognition software that can understand what you write with it and convert it to text. If you do not wish to employ handwriting recognition, you may bring up an on-screen keyboard for input.

The biggest benefit of tablets is their adaptability. Unlike notebooks, which must be opened and placed on a firm surface in order to be used comfortably, a tablet may be held with one hand and used with the other. This is one of the reasons why individuals who are always on the move choose tablets. One use where tablets outperform notebooks is note-taking.

Tablets offer several benefits, but they also have some disadvantages, one of which is the price. The price of tablets is much higher than that of laptops with similar specifications. If you’re on a limited budget, a regular notebook will give you more bang for your dollars than a tablet.

Key Difference Between Notebook And Tablet

What is better a notebook or tablet?

It is generally a good idea to choose a laptop rather than a tablet when doing something different than checking social media or watching a video or playing video games. A laptop is a great tool when it comes to working even though it only contains creating documents in the Office. Most computers are more efficient and have broader internal capacity.

Can you use a tablet as a notebook?

Those with Android tablets can use wired or wireless keyboards to turn them into laptops without any need to buy. The battery life of wireless devices can vary considerably.

Is an iPad a notebook or tablet?

IPads are made by Apple and are basically tablets. Most tablets utilize Android OS while iPads are powered by Apple iPhone OS.

What is one way in which tablets differ from laptops and notebooks?

A tablet with a shorter screen size has a longer battery lifespan and lower cost. Tablets may have better battery life. Several tablets feature batteries that last 14 hours. Tablet is cheaper than a laptop because there’s less functionality.

Conclusion Of Difference Between Notebook And Tablet

The development of convertible laptops with touch screen displays that can be turned and flipped to operate as a tablet is blurring the borders between tablets and notebooks. These provide the best of both worlds. While combining a notebook and a tablet in one device is convenient, the gadget is also much heavier and more expensive than other laptops. The rotating LCD display’s hinge is also a vulnerable area in the gadget, where damage may develop fast.

You can understand the main Difference Between Notebook And Tablet easily. Basically, tablets are what mobile technology has come to. They are compact, lightweight, and easy to transport due to their size, lightness, and portability. In addition to that, due to the fact that they are touch-sensitive and not manual, they are incredibly flexible. Generally speaking, notebook mice occupy a lot of space in the notebook. Although people consider laptops as a form of mobile computer, you may think about a notebook as a tablet too. In terms of its capabilities, power, and performance, it represents a step forward. Moreover, it is light, portable and compact, capable of carrying out all desktop functions. 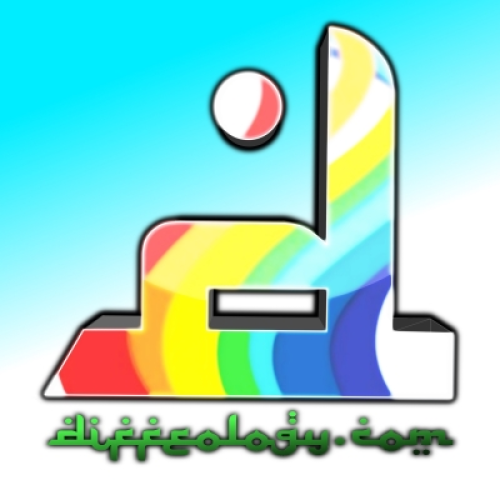 Shahzadhttps://diffeology.com/
Shahzad is a professional digital marketer with over ten years of experience. He is also the owner of a diffeology website, which is giving information like difference between similar items.